Can You Smoke In a Prison? 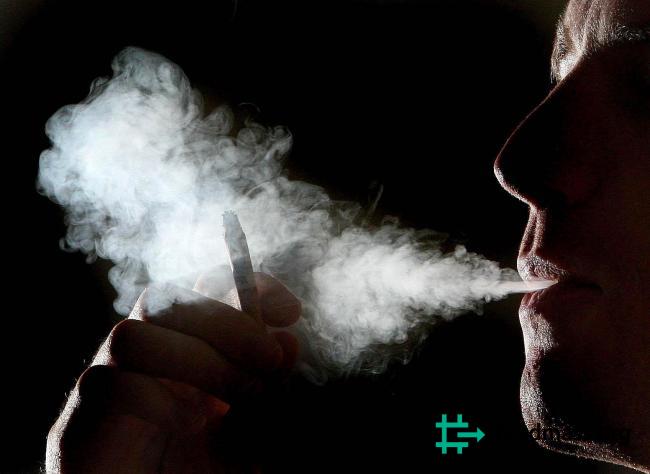 It is an unpopular fact that most people going to prison are smokers, and even worse, many are hooked on it and can barely make it past a day without smoking a joint. If you are a smoker going to prison, the big question remains, can you smoke in prison or jail? Currently, each state has its own rules and laws about smoking, but in most correctional facilities, smoking is illegal, and if an inmate is bound to be punished if caught in the act of possession.

Nevertheless, with the ban on tobacco in most facilities across the state, the black market is ever booming; at the end of everything, inmates still smoke in secret. Those that cannot access a smoke on account of strict restrictions can only turn to rehabilitative programs to curb the urge.

Over the years, prisons and jails across the United States have become smoke-free courtesy of the strict state laws and guidelines of the Department of Corrections and Bureau of Prisons. As of 2019, almost all correctional facilities in the US, except for Arizona, had banned indoor smoking while others have also completely banned tobacco use in their facilities.

However, the bans do not mean that inmates can no longer smoke.  Now that cigarettes are no longer part of their commissary items, inmates still find a way to illegally acquire them through the black market. Inmates access cigarettes by bribing prison staff, through incoming visitors, or during inter-facility transfers.

Some of the state correctional facilities that are strictly smoke-free and tobacco-free indoors and outdoors or anywhere within the facility include: Wyoming, Virginia, Vermont, South Dakota, South Carolina, Oregon, Oklahoma, Ohio, North Carolina, Nevada, Nebraska, Missouri, Mississippi, Minnesota, Michigan, Massachusetts, Kansas, Idaho, Georgia, Colorado, and Arkansas. The state facilities that do not entirely allow smoking on their facilities are Utah and Puerto Rico

Are You Allowed to Smoke in a Prison Cell?

Currently, all state correctional facilities have banned indoor smoking. As such, you cannot smoke in your cell if you are incarcerated in any state prison or jail. Consequently, if you are caught smoking in your cell, your privileges will be cut short, and you could even receive a severe punishment. An inmate could lose their visiting privileges, library privileges, or even be locked up in restricted detention in a segregated housing unit.

While tobacco is now considered contraband in prison and it is no longer available as a prison commissary item, inmates have to find a way to illegally acquire some. Those who have access to cigarettes and other tobacco products trade it for other commissaries such as snacks or toiletries.

Nevertheless, inmates still risk just for a puff because it helps them relax and take life easy. Any moment spent feeling good or feeling relaxed is considered worthy of any risk.

Can You Smoke in Federal Prison?

As of 2015, all federal Bureau of Prisons were declared smoking-free unless part of an inmate’s accepted religious activity. Staff members and incoming visitors are also expected to follow strict smoking guidelines in designated outdoor places.

Likes in state facilities, inmates in Bop facilities have also found a way to sneak in tobacco products. However, due to strict security measures, these are not sold in packets but in individual pieces popularly known as pinners.

Pinners are hand-rolled cigarettes made from a pack of papers and a pouch of tobacco. In place of paper, toilet papers or book papers are used to roll the joints. While the pinners are very thin with little tobacco content, their trade is a gold mine that can rake in lots of dollars for the dealers. A single piece could go for as much as $ 5, depending on an individual facility. In some facilities, a single packet of cigarettes can go for up to a whopping $ 200.Consequently, both prison staff members and inmates are willing to risk for the appealing cash-ins.

Another issue that comes with illegal tobacco is lighting. The prison commissaries do not feature lighters or matchboxes hence the need for the inmates to get creative. There are multiple ways through which inmates light up their joints, but the following is one of the most popular: An inmate first acquires two AA batteries and a strip of foil from a Ramen Noodle Soup. After scratching off paint from a piece of metal, usually, their cell windows frame or desk stands, they then proceed to place the two batteries on the exposed metal, one positive and the other negative. When the batteries are all set, the foil is cut in half, and the two pieces are held down on the battery terminals. Joining the two pieces of foil while they are held down on the terminals produces a terminal which an inmate could use to light up their joint.

Can You Vape in Prison?

Like traditional cigarettes, e-cigarettes and vapes are prohibited in most American and federal correctional facilities. However, like cigarettes, these products can also be accessed in the black market and smuggled into these facilities. Just like in the fight against drugs in the free world where the illegal business is taken up by gangs, in prison, illegal products such as e-cigarettes and vapes are dealt by a syndicate of organized prison gangs. Those with enough money can buy these products from these gangs who are willing to risk the law’s implications for the profit.

Even in the outside world, smoking is considered hazardous and unhealthy for both those using it and those around the user who might unintentionally inhale the smoke. The ban in American correctional facilities is considerably good for the wellbeing of non-smokers. Moreover, those hooked on it could now seriously consider using the provided rehabilitation programs to stop their addictions. Some of the outright benefits of the ban include the following:

The Negative Implications of Smoking Ban in Prison

Banning smoking in prisons and jails may come with many appealing benefits, but it also came with a list of unappealing negative implications. These can be viewed in the following perspective:

It is hard to establish the actual purpose of the smoking ban in American correctional facilities. The claim that it is for the inmates’ health is quite questionable since there is nothing healthy about prison conditions. However, it has reduced the number of smoking-related illnesses in prison, including cancer.