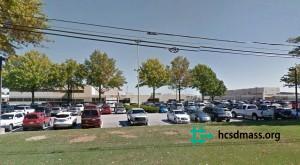 York County Prison is a medium to maximum-security correctional facility in the City of York, York County, Pennsylvania. The prison boasts about 39540 yearly bookings with a daily average of 1977 offenders and 494 staff members.

Inmates at this facility range from low-level misdemeanor offenders to high-profile violent crime inmates awaiting trials for violent crimes such as robbery, murder, or rape. The security is of the highest level, and the correctional officers are daily armed with maces to protect visitors, inmates, and other staff members. They are also trained to tackle violent cases should any arise at the facility.

Most of the offenders housed here are awaiting their trials in the York County justice system or have been sentenced for less than one year. The facility features 2400 beds establishment at the main facility and 276 beds at the Work Release Center. If the inmates are sentenced for more than a year, they are transferred to the Pennsylvania State Prison System or any of the Federal Bureau of Prisons facility.

You can effortlessly get information about inmates held at any York County correctional facilities, including York County Prison. The complete information is available on its official website. You can also physically contact the prison authorities at 717-840-7580 and inquire about an inmate of interest housed in this facility.

Can You Send a Mail/ Package to an Inmate at York County Prison?

Like in other County Correctional facilities, inmates at this facility can receive and send mails to their loved ones. Incoming mails are keenly inspected to prevent the entry of security-compromising items and contrabands. Moreover, if you send a mail to an inmate at this facility, you must include your name and a valid return address.

Inmates can also receive pre-metered postcards and clean photos that have no violent or pornographic aspect.  Some publications such as newspapers, magazines, and paperback books are also permitted, but they have to come directly from the publishers.

Inmates can also receive care packages sourced from third-party vendors approved by the prison authorities. Such could include clothing, seasoned items, and some snacks.

Can you Send Money to an Inmate at York County Prison?

When an inmate is booked into this facility, they can set up a commissary account that holds funds sent by their loved ones. They can then use the funds to purchase extra items that are not offered by the prison authorities. You can deposit funds into an inmate’s account through the following avenues:

Can you call an Inmate at York County Prison?

York County Prison permits its offenders to make calls to their loved ones at the appointed timelines. The calls help inmates keep tabs on their loved ones and maintain good relations. The calls are limited to 15 minutes, and the inmate incurs the cost through their call accounts. However, a call’s recipient can agree to cover the cost in a collect call arrangement. This requires the recipient to set up a call account with a third-party call services provider.

Inmates can also have visits.

. The visiting schedule is as follows: