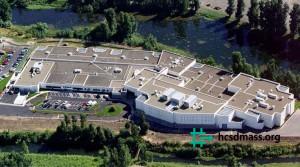 The Multnomah County Detainment Center is the most significant security jail in midtown Portland. They opened their entryways in 1983. It covers the Equity Place building. The jail comprises of an immediate management design.

The Multnomah County Inverness Jail is a medium-security jail in east Portland. They opened their entryways in 1987. They extended once in 1991 and some other time in 1998. Much the same as the Multnomah County Detainment Center, the office additionally has an immediate management design.

Prisoners in the Multnomah County Jail can get composed letters from their loved ones. These letters will be checked by the jail staff before given to them. Jail staff will be searching for a booty or any hostile language. In the case anything is discovered, it will get appropriately discarded.

Prisoners will require cash while they are in the facility. You can store some money into a prisoner’s record in a couple of various ways.

You can come down to the Multnomah County Jail and utilize the TouchPay Booth in the jail’s entryway during business hours. The TouchPay stand acknowledges credit, charge, or money.

If you don’t approach the office, you can go online to TouchPay and store cash there. You should utilize the MCSO Office #297204.

Any remaining calls detainees will make will be charged. The Multnomah County Jail utilizes Correctional Charging Administrations, otherwise called Securus Innovations. You should make a record on their site to support the phone to represent the detainee.

Prisoners at the facility can have guests. All visits are liable to change or even be dropped without notice.

The meeting space is incredibly restricted, so you should plan your arrangement right on time to get a spot. You should be available in the Multnomah County Jail hall to pursue visits. You should join at any rate 30 minutes before the meeting hours begin. Remember that visits are not generally ensured. Your visit can be denied or even dropped because of guest/detainee conduct, keep isolates, and court orders.