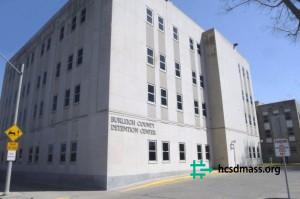 The Burleigh County Detention Center was built in 1930, with additions made in 1992. It is located in the second-most populated county in North Dakota, meaning the need for a larger facility was present.

If you want to find a specific inmate at the facility, you can locate them through the inmate search on the jail’s official website. For many people, this is the most convenient option.

However, you can also contact the facility over the phone. By doing so, you are also ensuring that you have the most up to date information regarding the inmate.

Overall, the detention center has made it simple to locate inmates that are housed there. You can also find information on their charges, release date, and more.

How You Can Send Mail

Inmates will almost always appreciate mail from family and friends. Most detention centers make it easy to leave an inmate a written message.

The official website states that you can also leave spoken messages for the inmate to hear. You can leave these on their inmate message line.

Although, if you want to write to the inmate, you will need to follow a different process. Start by calling the Burleigh County Detention Center and ask for the inmate’s booking number. It is required by the jail to accept mail from you.

When you send your letter, make sure to put the booking number and detention center address on the envelope. You will also want to include your first and last name on the bottom of the envelope.

Not following these guidelines might cause the staff to throw out your letter before giving it to the inmate for safety reasons.

Overall, keep in mind that you can not send items to the inmate. Most of what they need will have to be purchased through the commissary.

Books are allowed to be left for an inmate, as long as they are not hardcover. Photographs, cell phones, hats, or excess luggage are not allowed and can not be accepted by the staff.

However, if the inmate has prescription medicine that they need to take, you can drop it off at the facility at any time of day. The jail provides writing utensils to the inmates for use in writing letters.

You can bring in money for the inmate to use as well. We covered this more below.

How to Send an Inmate Money

The Sheriff’s website only mentions one way to send the inmate money. That would be by coming to the detention center lobby in person.

Inside, there are kiosks available that can take your funds and add them directly to the inmate’s account. The kiosks can accept cash or card from you, and more information is posted inside the lobby for you to read.

You can visit any Tuesday or Thursday that does not fall on a holiday. The visiting hours are between 1 pm and 4 pm. Before you arrive, you will want to make sure that you are dressed appropriately.

There are only two visitors allowed at the visitation station. If one of them is a child, they must be accompanied by an adult. Every inmate is allowed to have one 20 minute visit a day.

And finally, you will want to be sure that you have your photo ID on you; otherwise, the staff might not let you in to see the inmate.

Also, you will want to make sure that you are on your best behavior. Not following the guidelines might mean that you can not return to revisit the inmate in the future.

There are a few different ways that you can receive phone time with an inmate. First of all, you will have to go through the Reliance system.

You can purchase call time through the phone system or put funds into the inmate’s account for them to buy phone time. If you have any questions or concerns, you can visit the Reliance Telephone website to learn more about how their process works.