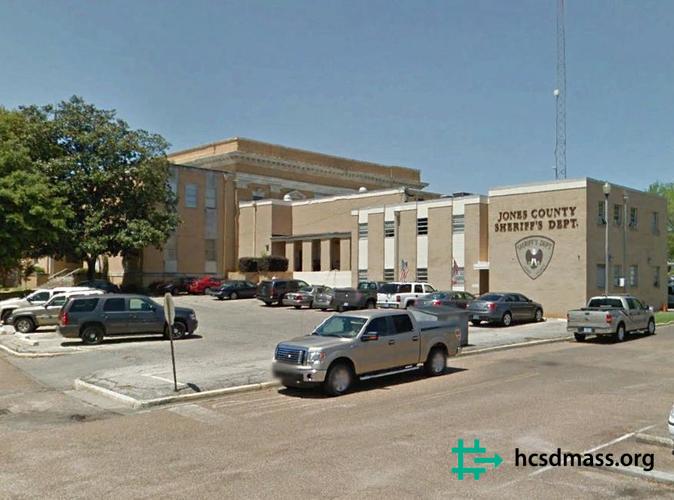 The Jones County Sheriff’s Department is responsible for the operation of Jones County Juvenile center and Jones County Adult Detention Facility, both of which are found on Highway 11, Ellisville. The Jones county detention center is used by local, state, and federal enforcement agencies to detain those found with criminal offenses.

The main purpose of this facility is to offer safety for the inmates and staff who work here. It strives to do this cost-effectively and professionally. Additionally, the Jones County Detention Center has three basic responsibilities to the inmates, which include service, security, and safety.

Concerning the service the facility offers, it is aware of the need to reduce inmate idleness, and to promote and conserve human dignity wherever possible. Inmate labor is utilized so that they can reduce the operational cost in areas including, laundry services, food services, and sanitation.

Additionally, the facility has a database where you can search for every inmate in the facility. All the information is on the BOP website. The facility updates the database from time to time and there will be no information for inmates who have been released. You need to have the prisoners’ full name and their identification number.

Moreover, you can decide to call the facility directly on their number 601-649-7502 and get all the information you need about an inmate. However, it is important to note that they are several questions you will have to answer to ascertain that you have some relationship with the inmate.

The locator system is updated every day to capture all the information of those on parole and probation. The online database will only have information about those in the department of corrections. However, those on pre-trial will not appear.

All the mail to detainees in the facility should be addressed as follows:

The warders will scan and inspect all the mail that comes into the facility. Moreover, the letters must have a return address failure to which it will not be accepted. The envelope should not have any stickers and the greeting cards have to be simple and plain without music and glitter.

The detention center will allow inmates to receive magazines and books. Nonetheless, they have to come directly from the publishers. Any book from third party members like friends or family will not be accepted. Breaching any of the following rules and regulations may lead to prosecution.

Most of the calls to Jones County Correctional center are collect calls. The receiver has to bear the cost of the calls. However, the prisoners will be allowed to buy pre-paid cards to make calls to their attorney. All calls are limited to 30 minutes and they take place from 8:00 AM – 7:00 PM. If the authorities notice harassment, fraud, or three-way calling they will bar the call.

However, an inmate needs to be careful and use their minutes wisely, as they are allowed a maximum of 300 minutes in a month. During the holidays’ inmates will receive an extra 100 minutes to make phone calls to their loved ones.

Once an inmate is registered into the facility, the prison will open for them a trust account. The account holds the money that the inmate may need for buying necessities while in jail. You can send money via MoneyGram and Western Union direct to the prisoners’ account. The process is easy and fast and after the first time, it takes only minutes.

You may also decide to bring the money to the prisoner in cash. No money will be allowed to be sent via mail directly to the inmate.

Can You Visit an Inmate?

Jones County Detention Center allows inmates into the facility on weekends from 8:00 AM to 3:00 PM. Additionally, you will need to get approval from the prison wardens to visit an inmate. You will have to fill out an application form and wait to get approval. The average waiting time is one month.

The facility encourages a particular dress code when one is visiting the facility. You can dress both officially and casually but distracting or offensive clothing is prohibited. You should come wearing closed shoes that are well polished. As a visitor, you can only come to the facility wearing one undergarment.

Shorts and skirts need to be long enough and be under the knee. Dresses and shirts should cover your shoulders. Any clothing that has pictures, symbols, and offensive language is prohibited. Moreover, the top of your clothing must always be above your collarbone.

No clothing should be fitting, revealing, and tight inside the detention center. As a visitor, you will not be allowed to come with hooded clothing, hats, and headbands.

Can you Bail out an Inmate?

Once a person is in jail, you can secure their release by posting their bail or bond. However, it is important to remember that their release will greatly depend on the kind of offense they committed. The payment can come from the detainee, family, friend, or bail purchaser.

Jones Detention Center allows for money orders, cash, or checks. You can pay the money any day of the week apart from weekends. You have to pay a non-refundable charge fee of 10%. You may end up losing your bond money if the accused person does not follow the bail terms. Nonetheless, you will receive 90% of your bond money back if the inmate follows all the courts’ regulations. Moreover, a warrant of arrest will be issued for the accused person.