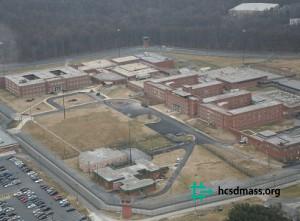 Jessup Correctional Institution is the former Maryland House of Correction-Annex in Jessup, Maryland. It is a maximum-security prison established in 1991 by the Maryland Department of Public Safety and Correctional Services (DPSCS). The prison holds 1,396 adult inmates, offering various programs to reintegrate them back to society upon release. In turn, the offenders have access to a library, a Prisons Scholars Program, and a Bachelors Degree Program from the University of Baltimore. Notably, the facility makes uniforms for inmates, pants for police officers, and license plates in Maryland. It gets its inmate population from the nearby six counties. It is the central transportation point for all offenders in need of transport to a court or medical appointments in the region.

Then, if you suspect that your friend or family at the Jessup Correctional Institution, conduct an inmate search at DPSCS official website. Use the inmate’s first and last names in the search query form. The search locator generates the following results: –

Inmates at Jessup Correctional Institution may receive mail packages or e-messages from friends and family. Here, all mail packages are to be addressed as follows: –

The packages are opened, read, and inspected for contraband upon arrival. Hence, call the prison department at (410) 799-6100 before sending it. Likewise, you will need to sign up and create an email account to send email messages. Get in touch with the warden in charge at (877) 304-9755 to get step by step guidance on setting up the account.

Jessup Correctional Institution contracts GTL’s ConnectNetwork for its inmate fund transactions. Here, the third-party service provides has an online interface where anyone can deposit funds to an inmate commissary account. The deposits can be cashiers’ checks, money orders, or electronic funds transfers payable to the GTL AdvancePay® account. If sending the payment via mail, address it as follows: –

Still, you may visit your local Western Union outlet and deposit funds to the GTL account.

All inmates at Jessup Correctional Institution may buy commissary items from the prison canteen using money from their trust accounts. For, the inmates are not allowed to use physical cash. The funds may originate from deposits from family and friends. Or wages deposited to the trust fund by the prison administration. Commissary items include stationery, approved electronics, food, snacks, and toiletries. The inmates are not allowed to use their funds to buy commissary items for fellow inmates.

All inmates may make collect calls or prepaid calls to their loved ones. To do so, they need to include them in the approved members’ list. Hence, the inmate sends the application form to the person they intend to call, asking them to provide their details for approval. Once approved, the applicant is to set up the GTL’s AdvancePay® Prepaid Telephone Account. Through this account, the inmate shall get in touch with the family. The call recipient caters for the phone charges via a deposit to the offender’s PIN debit phone account,

Jessup Correctional Institution holds inmate visitation sessions on Fridays to Mondays between 4 pm and 8 pm.  The weekend visits take place on even or odd calendar dates, while the weekday visits are on even and odd calendar dates. If you plan to attend any of the sessions, confirm that you are on the approved visitation list. Then, be there at least half an hour early for registration. And carry a photo ID for identification. Inmates can have up to two visits per week. These are visits by up to 5 persons, including two children. Only at least one of the adults must be a parent or guardian to the children.