Can You Marry In Prison? 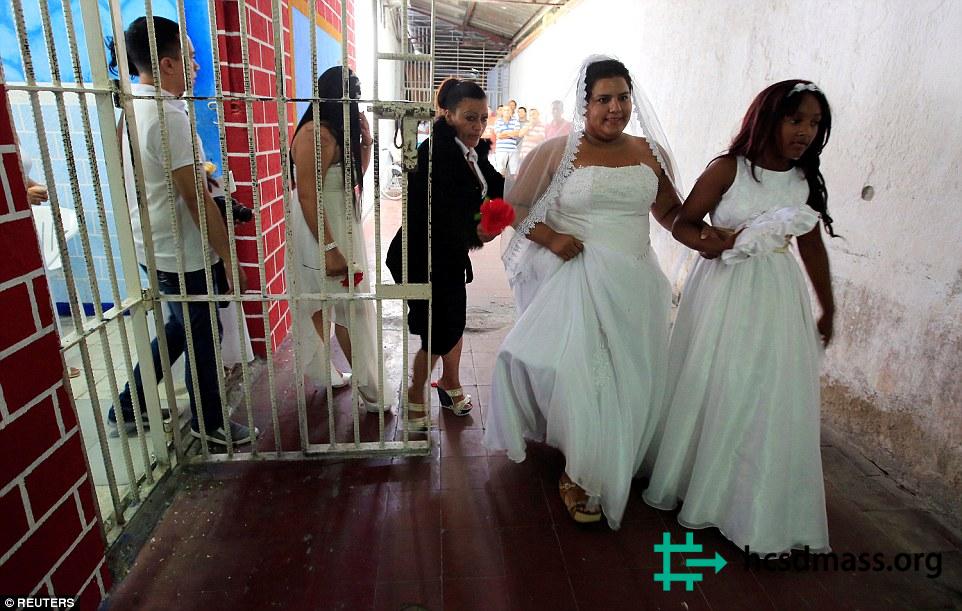 Relationships might appear hard in the outside world, but they are more difficult in prison, and most end up not working out. Getting jailed serves a major blow to not only the relationship with your spouses, boyfriends, and girlfriends but also with your family. With lots of restrictions, you see less of them, which is not healthy for any relationship.

Even worse, as you suffer loneliness in incarceration, the world outside does not stop. There even high chances that your loved ones may move on with their lives and forget about you. The little contact you maintain with them is monitored, which means you no longer have the right to privacy or engagement to any intimacy. Moreover, with little contact with your partner, it is hard to develop close ties or connect accordingly. This kind of condition and environment makes it very hard for even previously close relationships to thrive. Consequently, most relationships are moribund should one partner go to prison.

Nevertheless, the question, “can you get married in prison?” will always arise. After all, there are always some exceptions, and some relationships can stand the test of time even with little contact.

Getting Married in Prison

The American prison scene is always dynamic, with changes day after day and the amendment of existing laws to make inmates’ lives a little better. A popular case way back in 1987 branded Turner V. Safley, the High Court established that by preventing inmates from marrying each other, their right to marry was being violated. Since the ruling, correctional facilities all across the United States allow inmates to get married. Moreover, with same-sex marriages legal in all states, offenders in the same facility can marry each other as long as they follow the recommended guidelines and requirements.

For inmates incarcerated in federal facilities, the following policy is firmly in place:

When is an Inmate Eligible to Marry?

Any inmate can request to marry, but their requests can only be accepted if they meet the following conditions:

Inmate marriages are approved by the following individuals:

How Does an Inmate Request to Marry?

Getting married in prison is quite an engagement that follows a process with lots of guidelines and requirements. The process entails the following:

The warden writes to the inmate notifying them of their application’s fate; the response can be an approval or disapproval and is placed in the inmate’s central file. If the request has been denied, the warden will highlight the reasons for the disapproval in a written response. However, he/she will also advise the inmate to appeal through the Administrative Remedy Procedure if they are not satisfied with his decision.

The Expenses; if the request is approved, the inmate, the family, or the spouse is expected to foot the whole marriage procedure’s bills. Other sources approved by the warden could also take care of the expenses, but appropriated funds cannot be used for the matrimony.

When an inmate’s request for marriage is approved, the prison warden can then approve the use of the facility’s resources for the wedding ceremony. However, if the ceremony comes along with security concerns or compromise of the prison’s order of things, the warden may disapprove of hosting the ceremony on site.

Nevertheless, if your marriage request is already approved, you cannot be entirely denied the opportunity to exchange vows with your loved one. If there are security and order issues, the facility will restrict the number of participants, control the place, time, and placing conditions on the ceremony. If the warden disapproves of holding your ceremony in the facility, they are expected to document their reasons.

The wedding ceremony expenses are another critical part of the marriage that the warden has to ensure are well taken care of. The inmate, their spouse, or family members are expected to incur the costs of the ceremony. Approved appropriate sources can also be allowed to take care of the cost. No appropriated funds are spent on the ceremony except the share used to take care of the event and the site.

The wedding ceremony is performed by the community clergy, a justice of the peace, or the Bureau of Prisons clergy. The individual facility’s chaplain should seek any of the above to preside over the ceremony. The institutional chaplain in the hosting facility will further help the inmate get prenuptial marriage counseling.

The warden is also expected to keep the marriage ceremony private with no media coverage at all. In case an inmate’s ceremony is likely to attract national attention, the warden is also required to notify his seniors, the Regional Director and his assistant, Central Office, and the Correctional Programs Division.

Benefits of Marrying an Inmate

There are little benefits attached to marrying an inmate considering the fact that you will lead separate lives away from each other. However, on their part, this could mean the world to them. It proves to them that at least somebody cares about them, and when they leave prison, they have something to look forward to. This is not only healthy for their rehabilitation but also makes their life in holding bearable.