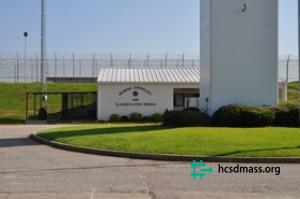 The Georgia Diagnostic and Classification State prison is located in Georgia near Jackson in Butts County. The facility holds the state’s execution chamber after the execution equipment was moved to the facility in June 1980. The first execution was done in 1983, with the prison holding death row inmates.

The facility has a capacity of 2,487 inmates.

Apart from incarceration, the facility also offers inmates a couple of programs to help with their rehabilitation. Some of the opportunities include basic education, GED courses, and English languages. Inmates get health services, including group therapies. Work programs are also available, including working on a fire station, power station, and wastewater.

Inmates will also have access to religious studies and worship services.

Locating an Inmate at GDCP

The Georgia Diagnostic and Classification State prison comes with an online database where you can search and find out whether the inmate is held there. Armed with the inmate’s name and ID, you are well on your way to finding your person.

How Can You Talk To an Inmate?

Inmates at the GDCP can make calls to friends and loved ones by collecting calls or prepaid services.

Phone calls will be subject to monitoring and recording for security purposes, plus there will be restrictions on time per phone call and the allocated time inmates are allowed to make phone calls.

Can Inmates Have Money on Them?

To send money to an inmate at the GDCP, you have to use the JPay or Money Gram service. Depending on the service, there will be varying charges for sending money.

If you plan to use JPay, you will first have to log on to the JPay website and, with your debit or credit card, deposit money to the inmates’ account.

Are Inmates Allowed to Receive Mail?

If you want to send mail to the GDCP, you will first have to ensure you have the address on the mail right, plus the inmate’s name and ID.

Inmates can send and receive as much mail as they want; however, the mail will be checked for contraband, meaning it will be opened and inspected.

If you wish to send a package to an inmate at the GDCP, you will have to use the George inmate package program.

The facility also allows inmates to exchange emails with friends and loved ones through JPay services, which will cost at least three stamps.

For diagnostic inmates at the Jackson Diagnostic Center, visitation is allowed between Mondays, Tuesdays, and Thursdays between9am and 1 pm. Inmates ought to have been at the facility for at least 60 days before they can have visitors.

For tier III step program offenders, visitation will be between Wednesdays and Fridays between 9 am and 11 am, 11 am and 1 pm, and 1 pm and 3 pm.

For UDS and SMU inmates, visitation is between Saturdays, Sundays, and state holidays between 9 am and 3 pm.

General population inmates will have their visits on Saturdays, Sundays, and state holidays.

Before getting access to the facility, expect to be searched at the entrance. You should also come with a valid ID. There are rules for what to wear, which will mainly involve conservative dressing.