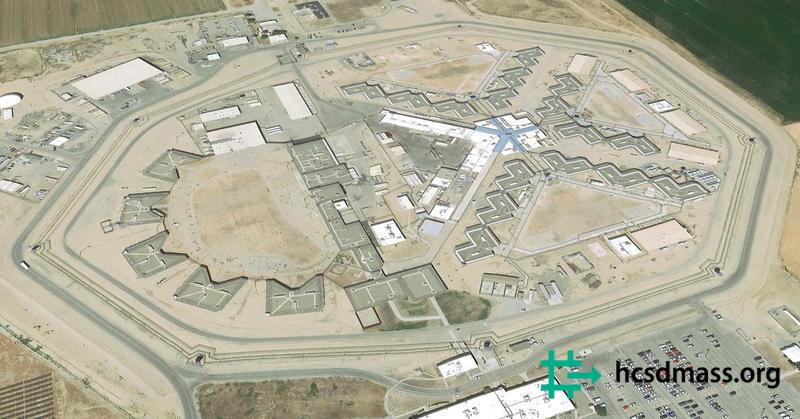 The Wasco State Prison is located in Wasco, California. Inmates are typically only housed here temporarily before they are transported to a permanent location by staff members. This facility serves as a place to process, classify, and diagnose incoming offenders.

This initial process can vary in the amount of time that it takes. Most cases range between a week and three months before the inmate is sent to another location by the state. There are a few reasons for this discrepancy in reception times.

The inmates are evaluated on-site by professionals. Their mental health, physical health, family history, and criminal history are all studied. The staff’s assessments determine where the inmate will be housed, what security level they need, and what programs they should participate in.

You Can Send an Inmate Mail

When addressing the envelope, you will want to use the following set up:

If you are missing some of the information to send the letter, you should look up the mailing address on the Wasco State Prison’s official website or call them. Each unit has a slightly different mailing address, so you will also need to know where the inmate is housed before hand. The prison staff member who answers the phone will answer your questions and fill in the gaps for you.

You must fill out the envelope entirely. If you do not, it will either be discarded or sent back to you. This includes having your name and return address on the envelope as well.

Inmates are allowed to receive up to 10 pages in a letter at once. The pages can be drawings, children’s schoolwork, and articles cut from newspapers and magazines. The notes may not contain any glue, glitter, or stickers, however.

You can also send ten pictures in one envelope. They can be up to 8″ x 10″ in size but must not contain hand gestures, nudity, tattoos, or anything illegal or inappropriate. The Wasco State Prison recommends that you write the inmate’s name and ID number on the back of the photographs.

Visiting as often as you can is another wonderful way to keep in contact with inmates at the Wasco State Prison. You will need first to be approved by the facility after sending in a visitor application.

The Wasco State Prison has visiting hours on Saturdays and Sundays from 8 am to 3 pm. Keep in mind that you need to finish with visitor processing by 2 pm, so arrive earlier than that.

If you want to visit an inmate for a non-contact visitation, you will need to set up your meeting online here.

The Wasco State Prison guidelines state that you must dress appropriately and have a photo ID with you. You will want to leave other personal belongings in the car, aside from your keys and less than $50.

Inmates can send out calls but will not be permitted to receive them. There are two main ways that they can make outgoing calls. The first is by calling you through a collect service. This will charge you and not the inmate. However, it can not be made to a cell phone.

The other way to receive calls is through Global Tel Link or GTL. This service allows inmates to place phone calls using a pre-paid account. You can set it up by either calling GTL or visiting their website. The process is easy, and you will want to set it up as soon as possible if you wish to start contacting the inmate over the phone.

The Wasco State Prison allows inmates to make calls during 15-minute slots during the day. Keep in mind that all calls are recorded and monitored by prison staff, plus they usually turn the phones off between 9 and 10 pm at night.

If you have issues with a phone call charge, you will need to contact GTL, not the Wasco State Prison. GTL can also assist in blocking calls that are coming from the facility.