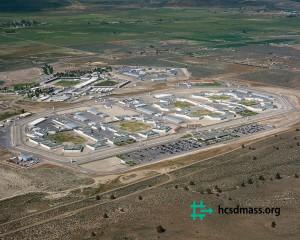 High Desert State Prison CA is a male high-security correctional facility in Susanville, California. The prison was officially opened in September 1994, but its structures have seen significant changes over the years. In 1996, a 200-bed reception center was built but was later converted to a Level III General Population holding in October 2012. Around May 1997, one of its Level III facilities was turned to a Level IV general population on account of urgent departmental needs. Moreover, in 2007 another Level IV general population was converted to a Level IV sensitive needs yard due to other departmental needs.

Some of the other high profile jails and prisons neighboring High Desert State Prison include:

How to Trace an Inmate Housed at this facility

High Desert State Prison CA is operated by the California Department of Corrections. This means records of inmates housed in all California correctional facilities, including High Desert State Prison CA, can be readily found on their inmate locator. However, there are other credible sites where you can trace an inmate housed here, but their inmate locator presents the most updated information. To locate an inmate, you enter their full names and DOC registration number.

Offenders housed at High Desert State Prison CA are offered some incredible correctional programs to help them turn a better leaf. Such programs include:

How to Send a Mail/Package

You can send mail to an inmate at this facility, and offenders can also send mails to their loved ones. Inmates can send or receive a limitless number of mails, but all incoming mails are subject to inspection by the staff members. Other items that can come together with the mails include:

Offenders at High Desert State Prison can receive visitors on pre-approved days under a strict schedule. Each level of inmate holding receives visitors on specific days. Medium and least care inmates receive visitors on Saturdays and Sundays between 9 am and 2 pm. Defensive care unit offenders least guilty batch gets visits on each Monday of the month except the fifth Monday of every month. Medium authority batch gets their visits on the second and fourth Mondays while medium shut care inmates have theirs on the third Monday of the month. Shut authority Unit 29 visits are only on the third Monday of each month while the overall public unit 29 gets theirs the second and fourth Tuesday or the third and fourth Wednesday of each month.

Specialized offenders get visitors on Saturdays except for the fifth Saturday of every month and death row inmates on the first and third Tuesday of each month. Inmates in long haul regulatory isolation have single hour non-contact visits every Monday of Spring, June, September, and December.

The visitation schedule is as follows: