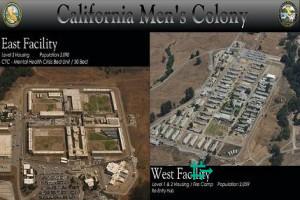 CMC is built on 356 acres of land. This colony has two separate facilities. The west part is a minimum facility for level I and level II inmates. It was opened in 1954. For Level I, the perimeter is not secured, unlike Level II, which has a secure perimeter and armed coverage. The cells are open dormitories.

The East part is a medium-security which was opened in 1961. It has individual cells, fenced, and the guards are armed. The housing is divided into four courts. It has a medical facility and a mental health delivery system.

The whole facility has a capacity of 3,727 occupants. It provides support services to the county. This is through the participation of inmates in working.

The institution provides basic education as well as GED programs to the inmates. Other vocational opportunities are also found in the institution.

Databases can be found online for free. The information found will be the name of the inmate, his aliases, if he is legible for bail, and date of release. To find what you are searching, you need to provide information on the incarcerated person.

You can also call the facility through (805) 547-7900 to enquire on the prisoner you need. With the correct information, you will be assisted with whatever you may need.

You need to know the name of the prisoner, his aliases, Gender, and Race. Inmates can also be searched through going to the facility and asking at the front office.

How to Send Mails/ Packaging to CMC

Inmates in CMC can receive things from people who are not incarcerated, or those who have been released within a year. Letters may be sent to inmates, but they should not have anything to compromise the security of the institution. Photos that are sexual in nature are not allowed.

Drawings from children, articles from newspapers, magazines are allowed. Glue, stickers, glitters, lipstick, and perfumes are not allowed in. You can also send cards which do not contain nudity, electronics, or offensive stuff.

Mails will be opened, inspected, and read. Books, magazines, and newspapers from approved sources are allowed.

On your mail, write your address. For inmates in the east part, the format of the address is;

For the West Part;

Money can be sent to an inmate’ trust account. The money will be used in buying items from the facilities’ commissary and paying fines/fees. If the Inmates are transferred, the money will also be transferred. Funds are received through the mail, or electronic funds transfer (online).

The money through mail can be in the form of cashier’s check, money order, personal check, or certified check. You can send the money directly to the inmate. Include your name and your address on the mail.

Sending funds online is faster. It will require a small fee. You only need to know the inmate’s ID number to send the money.

No incoming calls will be received. Calls are only outgoing from inmates to family members and friends. The calls can either be made in two ways.

The first way is by calling someone to collect. The person receiving the call is charged. They cannot be made to mobile phones.

The other way is through a prepaid service called Global Tel٭ link. GTL is a private company used by the California Department of Corrections. They provide prepaid calling services. Fees and rates are applicable. You can sign up for an account on their websites.

Every inmate is allocated a 15-minute time in a day for calling. From 9pm-10pm every night, the phones are always off. The conversations are always monitored and may be recorded.

All prisoners are legible for visitation unless they were recently involved in disciplinary issues. First, you have to fill out the visitors’ application form. They are found online or from the front office. You may either mail them to the inmate or send to the address given in the application form. Read it carefully, and fill it accurately and legibly. When you lie, you will be denied your request.

You will not be legible for visitation if:

The application will be reviewed, and the results will be available from one to six weeks. A background check is done for all the visitors. During holidays, you may have to wait longer. Inmates will be in charge of telling their loved ones if they are legible for visitation. You need to stay in contact with the inmate either through the phone or letters to know your status.

It starts from 8.30am-2.30a.m on Saturdays and Sundays. You can also visit in New Year’s Day, July 4th, Thanksgiving Day, and Christmas day. Every inmate is given 15 minutes to talk with his loved ones.

Failure to follow the rules set, you will be denied visitation of any kind.

During these trying times of Covid-19 pandemic, visitation is restricted to online only. 30-minute video call is allocated to every inmate once in 30 days. You have to apply online seven days prior to the visitation. You will receive an email confirming whether your request was approved.